Many studies done have shown increased risk taking behavior in individuals after low frequency transcranial magnetic stimulation, which transiently suppresses the cortical excitability over the right dorsolateral prefrontal cortex (DLPFC). It appeared likely that Increasing the right DLPFC while simultaneously decreasing the left would have the opposite effect and actually decrease the risk taking behavior in the particular individuals. Thirty six healthy volunteers performed the risk task while they were given either anodal over the right/cathodal on the left, anodal on the left/cathodal on right or sham stimulation. 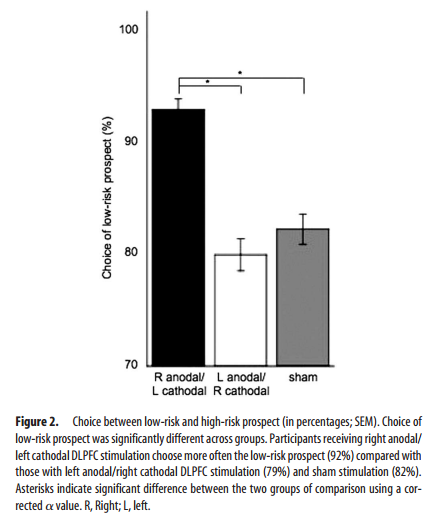 Latest from Reddit
foc.us v2 screen won't power on - what to do?
I just got my foc.us v2 out for the first time in months the other night. It powered up OK after...
Go to Top